The Medoc region produces many of the finest wines in the world (Margaux, Pauillac, Chateau Lafite-Rothschild…), has more than 100 kilometres of fine sandy beaches, and is just north of one of the most vibrant cities in France, Bordeaux. It sounds like the perfect destination for wine buffs and beach lovers alike – but I wonder how many visitors to France could point to it on a map?

In case you have forgotten your French geography Medoc is is a peninsula about 100 kilometres long to the north of Bordeaux, with the Atlantic Coast to the west and the Gironde estuary to the east. The eastern side of the peninsula is best known for its vineyards and wine chateaux, known together as the wines of Medoc.  Among the most famous are Chateau Margaux, Chateau Latour,  Pichon Longueville, Lynch-Bages, Pontet Canet, Chateau Mouton-Rothschild and Chateau Lafite-Rothschild – these are centred around the village of Margaux and the town of Pauillac. The wine appellations on the medoc peninsula are: Médoc, Saint-Estephe, Pauillac, Saint-Julien, Listrac, Moulis, Margaux and Haut-Médoc.

When speaking of mythical roads we immediately think of “Route 66”. Well the Médoc also has it’s own “Château’s Road”. From Bordeaux, to get to Pauillac, you must take the D2 road. Over more than 50 km, the names of the wine villages succeed each other: Margaux, Beychevelle, Saint Julien, Bages, Pauillac, Saint Estèphe … and you can count hundreds of wine Chateaux.

Forests cover a great deal of the centre and western parts of the Medoc region, many planted during the 19th century when the region was reclaimed from the inhospitable swamps and the mosquitoes that were found here before that time. They form the northern part of the largest forest in France – the Forest of the Landes – which runs almost down to the Spanish frontier.

And the west has the extensive sandy beaches fronting the Atlantic Ocean. Especially popular with surfers, there are several resorts along the coast, the most popular being Arcachon.

We decided to take 3 nights and do a bit of wine tasting and sight seeing. 2 nights we spent in Saint Estèphe and one in Arcachon. The Medoc is a very popular region and as we decided at the last minute, well almost, to go away, there was very limited availability as far as accommodation went.  I had decided to stay at Chateau Ormes de Pez, a property belonging to the Lynch-Bages group and which came highly recommended. I called in early September and the first availability for 2 nights was October 1 and 2 or the end of October.  Seeing as Stuart and I share a birthday, on 22 September, I wanted the trip to be near our birthday, so I took the October 1 and 2 dates.  Unfortunately, that was a weekend and as luck would have it, most wineries are closed to visitors on weekends. So, we had a bit of a limited choice of places to visit but it all worked out perfectly in the end.  If you are planning to visit the wineries, do note, that all are “by appointment” only, so you cannot simply roll up and expect a tour and tasting.  We were usually by ourselves and had a private tour of the vines, the facilities, the barrel rooms, very detailed explanations and superb tastings.  The only exception and a place I would NOT recommend is Chateau Loudenne.  Large group of over 20, after I had booked a private tour, very brief and rushed, only 2 wines poured with zero explanation.

What makes a Bordeaux wine special you might ask.  A Bordeaux Blend, at its most basic, is any combination of those grape varieties typically used to make the red wines of Bordeaux. Far from being an officially defined or legal term, it is almost never used for wine-labeling purposes (although it occasionally appears on back labels). Red Bordeaux Blends are known for their powerful structure and deep flavors. Dark fruits and berries such as plum and blackcurrant are commonly used to describe the flavours of red Bordeaux, although there is an unlimited range of terms that have been ascribed to them. Tannins tend to be relatively high in these wines, giving them a firm structure. Cabernet Sauvignon is widely accepted as a compulsory component of any Bordeaux Blend, with Merlot following close behind. In fact, the majority of Bordeaux Blend wines are often made exclusively from a blend of these two varieties. The remaining components are Cabernet Franc, Petit Verdot and Malbec, used in varying combinations and proportions.

Grands crus classés en 1855 Médoc & Sauternes
The history of this classification
At the Exposition Universelle of 1855 in Paris, Emperor Napoleon III asked each wine region to establish a classification which still stands to this day.
Criteria
Reputation of the wines and their transaction prices
Special labeling
This classification included only red wines from the Médoc, the Sauternes and Barsac sweet white wines, and one Graves red cru.
The categories
For reds:
60 crus from the Médoc and 1 cru from Pessac-Léognan (Château Haut-Brion) based on five categories: 5 Premiers Crus, 15 Deuxièmes Crus, 14 Troisièmes Crus, 10 Quatrièmes Crus, 18 Cinquièmes Crus.
For sweet whites:
27 crus of the Sauternes and Barsac appellations: 1 Premier Cru Supérieur, 11 Premiers Crus, 15 Deuxièmes Crus.
Sole revision:
In 1973, the promotion of Château Mouton Rothschild from the rank of Deuxième Grands Cru Classé to that of Premier Grand Cru Classé (Médoc).
For red wines, the 1855 classification, has one cru from Graves and 60 from the Médoc, See the list of all of them at the end of this blog entry. 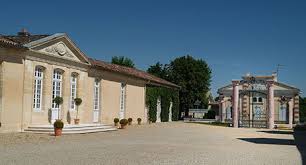 Our first stop. Very detailed and informative tour and an amazing tasting of 6 wines. Interesting fact – most Medoc wines are aged for 12 months or more in French oak. The top ones up to 18 months, the cheaper ones around 10 months. At the property, the pebbles in the soil create an ideal terroir for growing Cabernet Sauvignon, which accounts for 70% of the vines, with the rest of the plantings being made up of Merlot (29%) and Petit Verdot (1%).

Harvests
Each wine is the result of a year’s work in the vineyard. The grapes are hand-picked by a team of sixty people.
After being transported to the vat room, the bunches are de-stemmed and the grapes are sorted and crushed, before being vinified on a plot-by-plot basis. This vinification of each parcel enables an expression of the diversity of the terroir and of the individual grape varieties.
Vinifications
Two types of vat are used for vinification: oak and stainless steel. The wooden ones are preferred for the older plots. Traditional vinification techniques are employed, with steady, gentle extraction, adapted to each grape variety.
Blending
The pivotal stage in the creation of each vintage is the blending wich is carried out in November.
The owner, assisted by the technical director and the consultant oenologist, Jacques Boissenot, select which vats will be used to make Desmirail (the First wine) and Initial de Desmirail (the Second wine).
The decision is based on a consensus between the team at the property and the oenologist, who brings his experience and an external eye.
Maturing
The wines are matured in barrels for about a year. For the Grand Vin, the percentage of new barrels varies depending on the vintage but is never less than 30 %. Approximately every three months, the wines are racked in order to clarify them. Finally, after a year, the wines are blended in the wooden vats and given a final clarification with egg white.
Bottling
This takes place at the château about twenty months after the harvest. 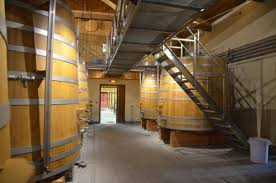 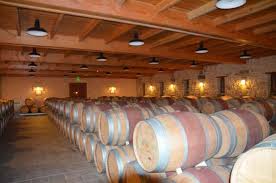 Château Ormes de Pez – our hotel for 2 nights. I can recommend highly. Beautiful room, excellent breakfasts, pool, large grounds and lovely communal lounge. You feel as if you are staying in a private manor house.

In the heart of the Pez hameau, close to the village of Saint-Estèphe, the XVIII century home that sits adjacent to the Château Ormes de Pez cellars is ideal for those seeking peace and relaxation. Château Ormes de Pez offers five elegant and comfortable bedrooms, each with their own bathroom and breathtaking views across the domaine or the vineyards.The house’s calm and peaceful sitting rooms provide a cosy haven, perfect for reading and enjoying a glass of Château Ormes de Pez (AOC Saint-Estèphe). The swimming pool is open from June til September for guests wanting a refreshing dip.

Château Loudenne. Not worth stopping. 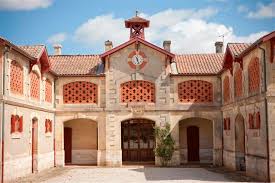 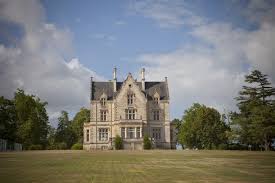 Château Lanessan.  We had a private tour from a very charming guide. Went out into the vines and tasted all the different grapes, very detailed visit of the facilities. Harvesting had just started the previous day, so we got a first hand view of the process from picking to crushing to sorting to pumping into the steel vats. What was amazing about this tasting was the tasting of 2 vintages of their premium wine, the 2008 and the 2001 and being able to see just how aging affects a wine.

Château Paloumey. Another great stop. We tasted the grapes on the vines, harvesting was due to begin the following day.

Another superb tour and tasting. Here we were in a group of 6 and had a very detailed explanation of the entire wine making process and toured the beautiful state of the art facilities. One of the most interesting parts was seeing Lynch-Bages’ old vat-house which represents a rare example of traditional winemaking equipment the Médoc area. Its slatted flooring which introduced the advantages of gravitational design now used in modern vat-houses, was invented by Skawinski in 1850.Back then, grapes were transported in a cart pulled by horses and then being lifted by crane and emptied into a wooden tank on wheels and tracks. One or two winemakers inside the tank then crushed the grapes, making the juice flow out through openings into vats on either side. A rope-pulley-bucket system and no less than six workers were then required to remove the leftover grape skins from the fermentation vat.These remarkable winemakers had a hard and quite dangerous job.This visit will transport you to another era.

The highlight was of course the tasting where we had a Château Lynch Bages, (a Pauillac wine), and an Ormes de Pez, a (Saint Estèphe appelation wine). Both estates belong to M. Cazes. The further north you go the more powerful the wine, it is said of the Medoc, and this was clearly the case. Stuart and I enjoy very powerful, deep, characterful reds so this was a treat. The Lynch Bages sells at around 140 euros a bottle and the Ormes de Pez around 30, a great deal. 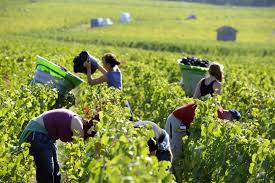 We sadly left the wine growing section of the Medoc on the first day of harvest for most wineries, Monday, 3 October. The best and most expensive châteaux were all picking by hand and the others by machine. We headed north to the northern most tip of Medoc but more about that in my next post.